Beloved by audiences and praised by critics, Los Angeles Chamber Orchestra, known to Angelenos as LACO, is a preeminent interpreter of historical masterworks as well as a champion of contemporary composers. Headquartered in the heart of the country’s cultural capital, LACO has been proclaimed “America’s finest chamber orchestra” (Public Radio International), “LA’s most unintimidating chamber music experience” (Los Angeles Magazine), “resplendent” (Los Angeles Times), and “one of the world’s great chamber orchestras”(KUSC Classical FM).

LACO was founded in 1968 as an artistic outlet for the recording industry’s most gifted musicians. Founder, cellist James Arkatov, envisioned an ensemble that would allow these conservatory-trained players to balance studio work and teaching with pure artistic collaboration at the highest level. The Orchestra presented its first performances with the financial backing of philanthropist Richard Colburn and managerial expertise from attorney Joseph Troy, who also became the Orchestra’s first president. Sir Neville Marriner, Gerard Schwarz, Iona Brown, Christof Perick and Jeffrey Kahane, LACO’s illustrious music directors, each built upon a tradition of joyous music-making performed by exceptional artists. Jaime Martín, praised as “a visionary conductor, discerning and meticulous” (Platea Magazine), joined LACO as Music Director at the start of our 2019/20 season.

Los Angeles Chamber Orchestra’s mission is to enrich and connect our community through intimate and transformative musical experiences which exemplify and foster artistic excellence, education and innovation.

Los Angeles Chamber Orchestra seeks to be a cultural force in Los Angeles and recognized as a premier orchestra worldwide.

Muralist Kent Twitchell’s mammoth works are well known in Los Angeles and perhaps the most familiar of his mega-paintings is Harbor Freeway Overture. It is seen by more than 250,000 drivers each day as they stream north on the 110 Freeway,

Comprised of three walls of the parking structure adjacent to open-air shopping mall FIGat7th, portraits of musicians (and one significant patron) of the Los Angeles Chamber Orchestra loom eight stories over downtown. Since 1994, when the third panel was completed, the mural has become a cultural icon for Los Angeles, employing a visual medium to declare the city’s status as a world center for the arts and to proclaim the city’s pride in its performing artists. LACO thanks Brookfield Properties, the home of Harbor Freeway Overture for over two decades.

Although the work appears to be a fresco, painted directly onto the walls of the structures, it is actually painted on a non-woven media, a blend of polyester and cellulous. The 11,000 square foot, eight-story-high LACO monument consumed more than 500 gallons of paint and took nearly 2,000 hours to complete.

The first panel, to the far left and closest to the freeway, portrays violinist Julie Gigante. The middle panel features former orchestra members, including oboist Allan Vogel and cellist Margaret Moores in the foreground. Near the center of the group is Tachi Kiuchi, the Mitsubishi executive who arranged for funding of the mural project. The third panel, to the far right, portrays LACO’s concertmaster from 1988 to 1996, Ralph Morrison. 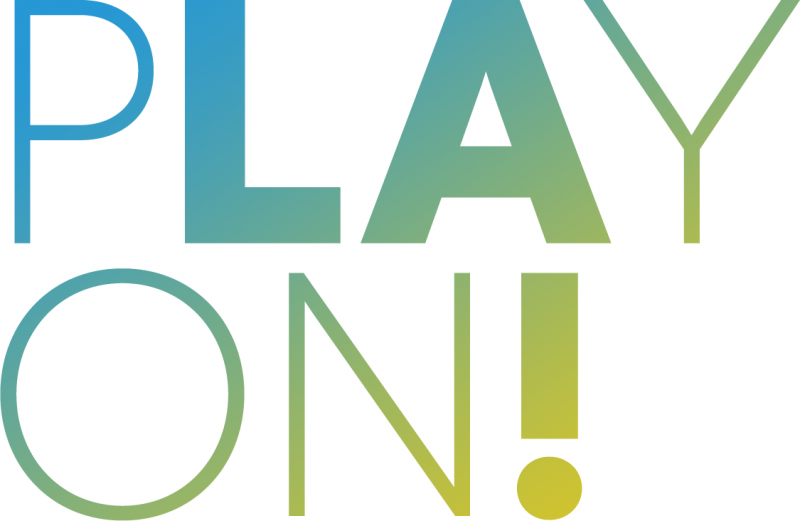 LACO is proud to be one of the founding partners of Chamber Music LA, a collective of eight distinguished chamber music presenters with a mission to creating a thriving community of players and listeners through collaboration.