Wachner’s performances inspire uncommon praise. The New York Times pronounced his Trinity Wall Street debut “superbly performed” and noted that the ensemble’s annual Lincoln Center presentation of Handel’s Messiah was “led with both fearsome energy and delicate grace…a model of what is musically and emotionally possible with this venerable score.” Of his interpretation of Bach’s St. Matthew Passion, according to the Boston Globe, “there was genius here and no mistaking it.” Anne Midgette, of the Washington Post, declared recent Wagner and Verdi performances “exhilarating,” commenting, “Julian Wachner knows how to draw maximum drama from a score,” and noted that he was “emphatic and theatrical and so at home in opera that he could bring out the requisite sense of drama.”

An award-winning organist and improvisateur, Wachner’s solo recital at the Spoleto Festival USA featured an improvised finale that inspired one reviewer to conclude, “this stupefying wizardry was the hit of the recital, and it had to be heard to be believed,” (Post and Courier, South Carolina). As a concert pianist, in his recent Kennedy Center Rachmaninoff performance, the Washington Post noted, “Wachner dazzled with some bravura keyboard work, both in the rhapsodic accompaniments to the songs and…in the highly virtuosic transcription of the Dances.”

Wachner’s many recordings are with Chandos, Naxos, Atma Classique, Erato, Cantaloupe Music, Arsis, Dorian, and Musica Omnia. Having scored a Grammy nomination for his recording of Handel’s Israel in Egypt, Wachner and the Choir of Trinity Wall Street released, alongside the Bang on a Can All-Stars, the world premiere and Grammy- nominated recording of Julia Wolfe’s 2015 Pulitzer prize-winning Anthracite Fields, and, with NOVUS NY, released Du Yun and Royce Vavrek’s Angel’s Bone, winner of the 2017 Pulitzer Prize. 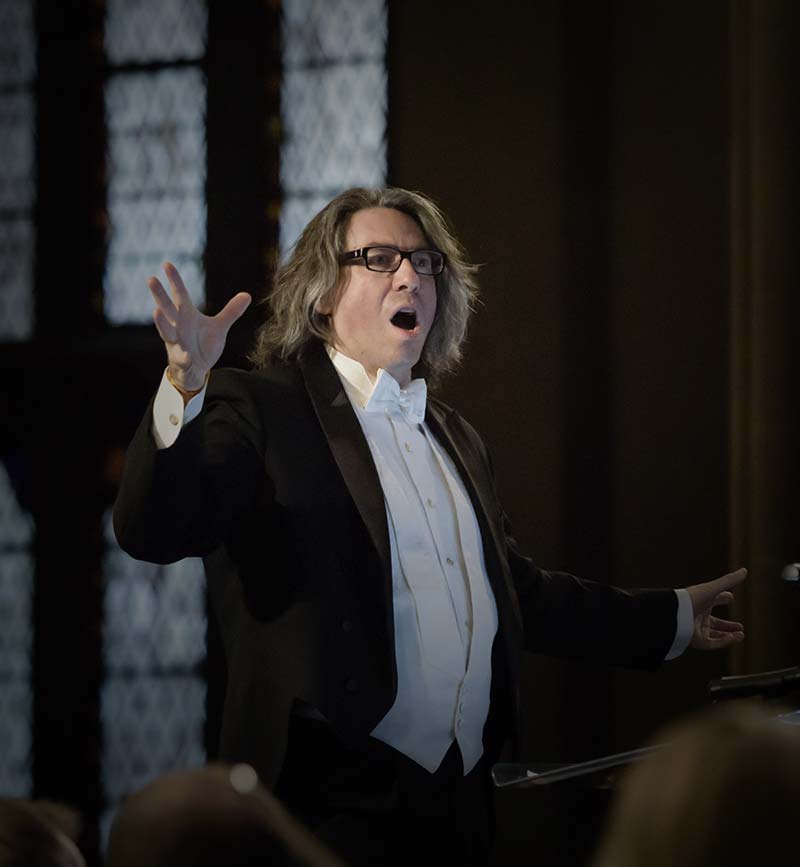