Dear LACO Family,
It is with sadness I write to you about our friend and leader, Warner Henry, who passed away in his Pasadena home on Saturday, August first. 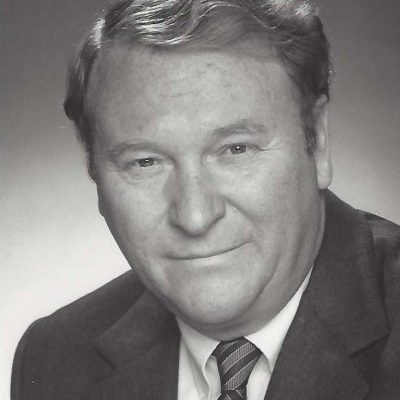 One would be hard pressed to find a time when Warner was not leading LACO forward in some way. He served on our board twice, spanning the 1970s, 80s and 90s. His leadership of LACO extended far beyond Board service. He and his beloved wife Carol have been vital supporters of all elements of LACO community leaders, generous donors, music aficionados, brilliant party hosts, and true campaigners for classical music.

The extent and influence of Warner’s contributions are stunning: he served on the board with Richard Colburn, a founder and fellow LACO “angel,” and he and our longest serving board member Gene Shutler overlapped starting in 1982. Warner continued his active involvement including through the pandemic when he ably participated in multiple board and committee meetings via Zoom!

As important as governance is to a non-profit, Warner was an enthusiastic proponent of LACO’s music. He and Carol made the largest single gift in organizational history, a $1,500,000 commitment. This transformative gift named the principal oboe chair as the “Allan Vogel chair, endowed by the Henry Family.” Even in naming, Warner and Carol elevated the musician and family name first, and we will be forever grateful for their ongoing belief in the fantastic musicians who comprise LACO. His vision was not on the immediacy of any upcoming concert series, but in connecting his legacy with that of this Orchestra for countless seasons to come.

Carol and Warner were the very first subscribers to LACO’s Baroque Conversations series, and they championed the series year after year with underwriting funding, always encouraging support from others via an annual matching gift challenge. He and Carol also led LACO through more than one financial tight spot. It was during the 2019 Colburn Gala honoring him that he gleefully remarked about LACO, “I saved them. Twice.” He then went on to talk about his heroics with similar close calls at the LA Opera, and others. He took the business of performing arts seriously, and LACO has been a beneficiary of his steady and wise advice.

Warner and Carol have been our advocates and allies for over four decades. Having both in our audience was a joy—they never stopped building relationships, welcoming new faces, and deepening friendships for LACO. They loved music and the community around it, and for that, their hospitality knew no limits. Warner linked his love for music with his other passions and the Henry Wine Group truly has become the leading wine of classical music in Los Angeles.

In addition to LACO, Warner and Carol have been leaders at LA Opera, LA Master Chorale, the Colburn School, and most recently Chamber Music LA [Los Angeles Chamber Music Society]. His vision for Chamber Music LA was to make Los Angeles the chamber music capital of the world by creating a collective of six of the greatest chamber groups of Los Angeles. He believed there is strength in numbers and we are far more powerful working together than apart. Over the past year, Warner dedicated much of his time to overseeing the creation of this group—he was a man with a mission. Now that mission is in the hands of the organizations that comprise CMLA to fulfill. In his memory I already sense a profound need to do it for Warner, and to make Warner’s dream and vision a reality. He was a wonderful man and his life will be celebrated by many. CMLA is a fitting legacy to Warner’s lifelong love for classical music and Los Angeles.

Warner was a great mentor. Mostly with a twinkle in his eye and a mischievous grin but sometimes with a serious tone, Warner willingly gave honest advice and counsel. At times, the message wasn’t the one for which I had hoped but it always emanated from his wisdom, experience, and love of the organization. I will miss his sage advice, his friendship, and his unwavering commitment to the Los Angeles music world.

Even in death, Warner’s generosity continues and in lieu of flowers, the Henry family has asked for donations in his memory to be sent to Los Angeles Chamber Music Society, the LA Opera, or the Colburn School. LACO’s SummerFest broadcast on August 8 will be offered in memory of Warner with a more extensive dedication to be announced in the weeks to come. On behalf of LACO, I hope you’ll join me in sending our condolences and fondest gratitude to Carol and her family.

With admiration for a life well lived,