Anthony McGill is one of classical music’s most recognizable and brilliantly multifaceted figures. He serves as the principal clarinet of the New York Philharmonic, that orchestra’s first African American principal player, and maintains a dynamic international solo and chamber music career. He also serves as an ardent advocate for helping music education reach underserved communities and for addressing issues of diversity, equity, and inclusion in classical music.

Anthony, who is the Orchestra’s 2018-19 Shaheen and Anil Nanji Guest Artist-in-Residence, has been recognized as one of the classical music world’s finest solo, chamber and orchestral musicians.

Anthony made his New York Philharmonic solo debut in Nielsen’s Clarinet Concerto. The concert marked the end of the performance part of The Nielsen Project, the Philharmonic’s multi-year focus on Carl Nielsen. It also resulted in a stellar body of live recordings that were released in 2015 by DaCapo as a box set.

Los Angeles Chamber Orchestra was thrilled to have Anthony McGill as our 2018-19 Shaheen and Anil Nanji Guest Artist-in-Residence this week.

Anthony’s residency kicked off at Alfred Newman Recital Hall with a free community concert, presented by USC Visions and Voices, called Let All Voices Be Heard.

Last night, The LA Orchestra Fellows shredded on Shostakovich and everything @mcgillclarinet played sounded other-worldly. Post-show he even joked about being an extraterrestrial, and most of the assembled clarinets (including LACO principal clarinet Joshua Ranz) seemed to believe him. @benjaminjshirleymusic’s new work, “Brother Burn”, was as intense and poetic as the title suggests. A panel, led by @derrickspivajr, followed the concert. The topics touched on included racial biases faced by musicians of color, the valuable mentorship (from peoples of all color) that musicians need, and how musicians can fall out of (and back into) love with an instrument. Highlights of the conversation between Anthony, Derrick, @giocello and @jpcomposer will be available in stories a little later today. Los Angeles Chamber Orchestra would like to thank @streetsymph, @uscthornton, @visionsandvoices and @icyola_ for collaborating on this project. Anthony is the 2018-19 Shaheen & Anil Nanji Guest Artist-in-Residence. LACO’s guest artist residency program puts Angelenos front and center for intimate and accessible experiences with world class musicians. #losangeles #laco #lachamberorchestra #chamberrochestra #orchestra #clarinet #music #LACOmeetsMcGill2018 #laorchestrafelllows #laorchestrafelllowship #violin #viola #cello #antibias #mentorship

In a visit to the Midnight Mission, hosted by our partner Street Symphony, the LA orchestra fellows and Anthony gave a joyful performance of the Mozart Clarinet Quintet, but the focus of the program were works by a previous resident of the Mission, composer Ben Shirley. Todd Strange and Anthony performed Ben’s new piece, Brother Burn for tenor and clarinet, with intensity and grit.

Thrilled to have been a part of the premiere of composer @benjaminjshirleymusic’s new work, “Brother Burn”. The piece was performed this afternoon at @themidnightmission in DTLA’s skid row as part of a monthly music series hosted by @streetsymph. @mcgillclarinet, 2018-19 Shaheen & Anil Nanji Guest Artist-in-Residence, and @strangetenor, a tenor with the @lamasterchorale, performed Ben’s peice. Benjamin is the first Composer Fellow for Street Symphony, an organization dedicated to engaging underserved communities experiencing homelessness and incarceration in Los Angeles through musical performance and dialogue. As Composer Fellow, Benjamin studies composition under internationally acclaimed composer, and Street Symphony Composer in Residence, @reenaesmailcomposer. #losangeles #laco #lachamberorchestra #chamberrochestra #orchestra #clarinet #music #LACOmeetsMcGill2018 #tenor #dtla

At an LAUSD masterclass, students from all over Los Angeles came to hear Anthony play and share his journey from the a young musician on the South-Side of Chicago to principal clarinet of the New York Philharmonic. After he spoke, Anthony fielded questions and offered advice, telling students to invest in their music by taking it seriously, practicing hard and believing in themselves.

Thank you to Shaheen and Anil Nanji and for your support of Anthony’s inspirational residency. 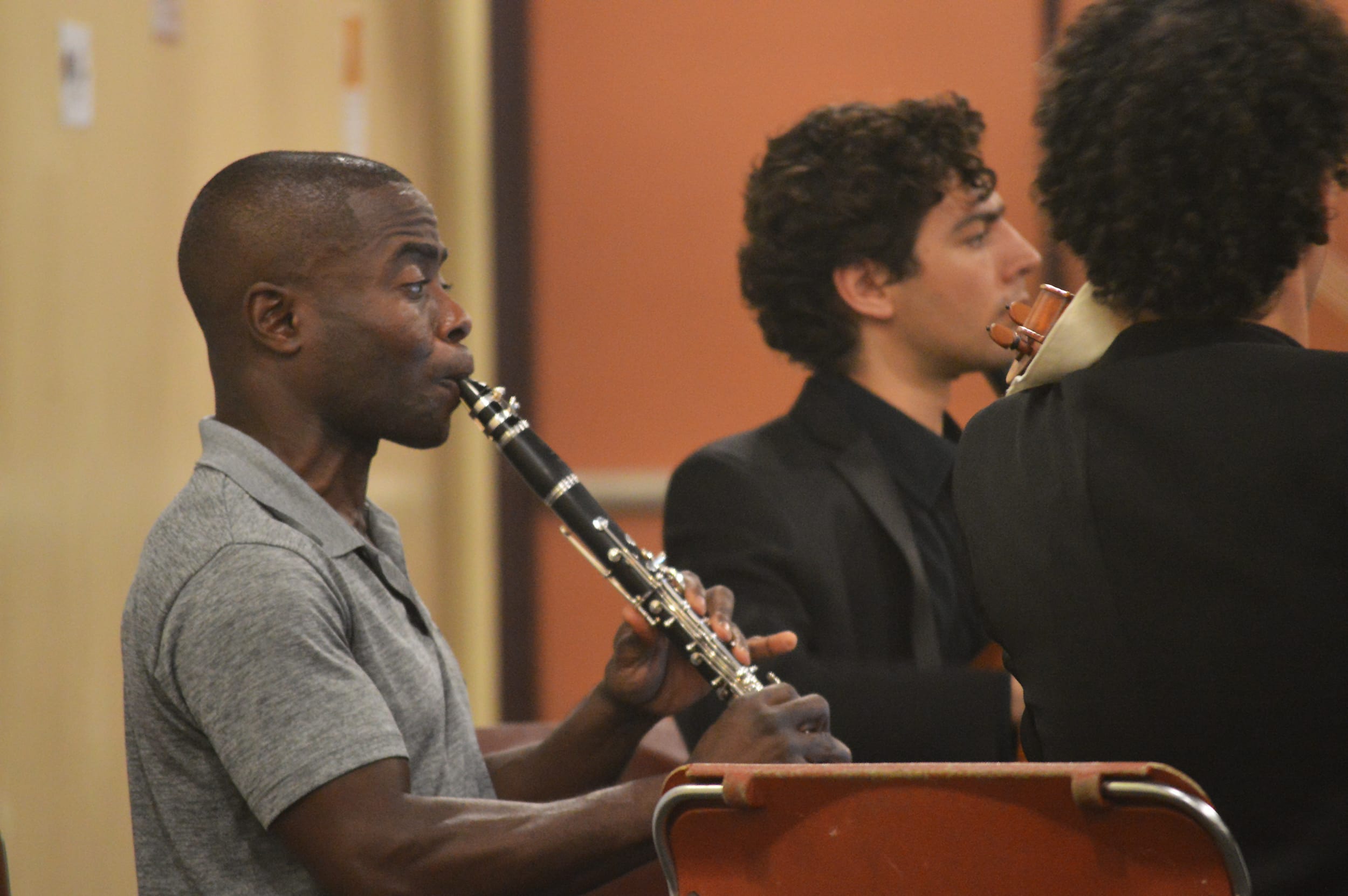 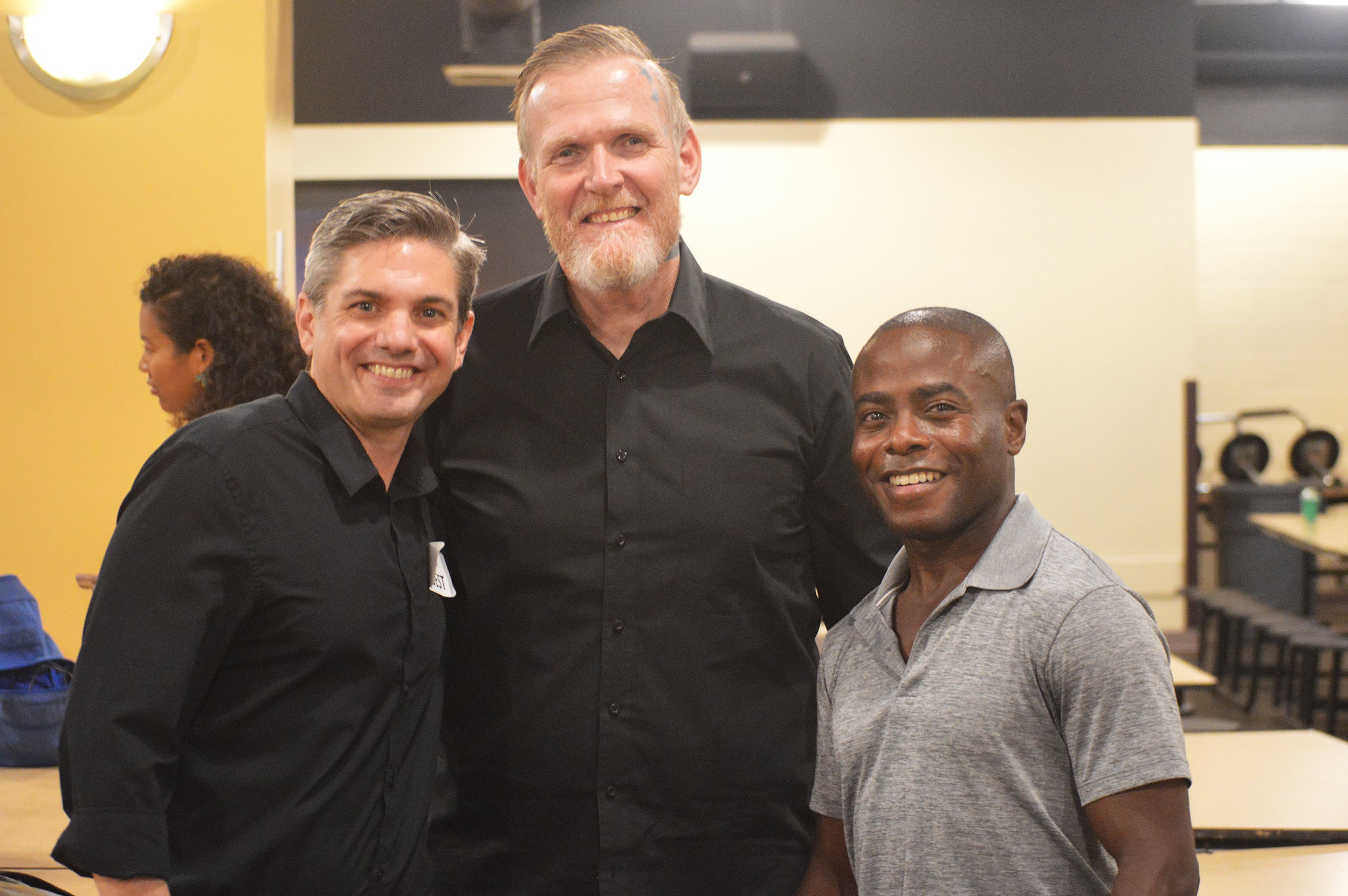 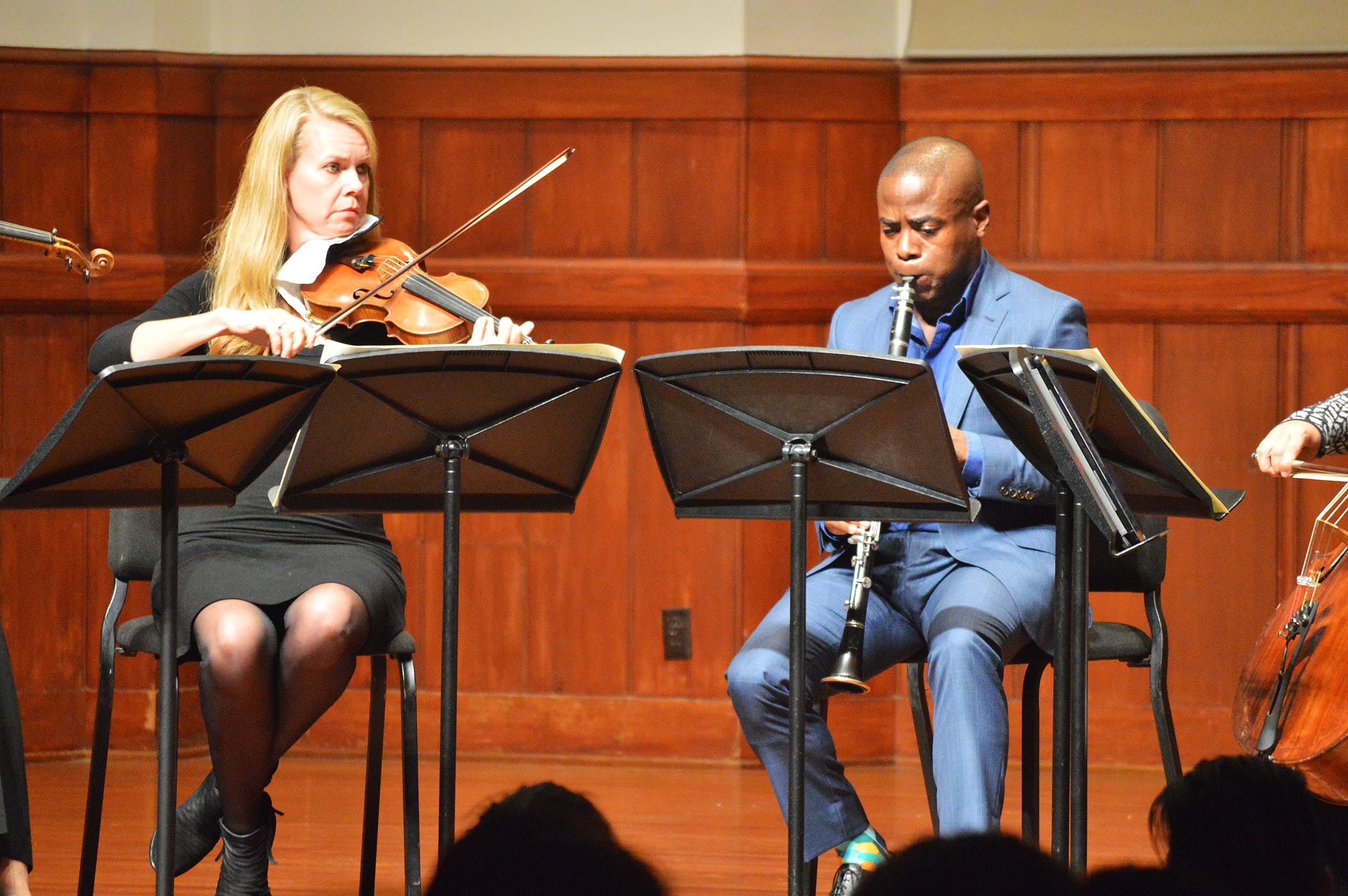 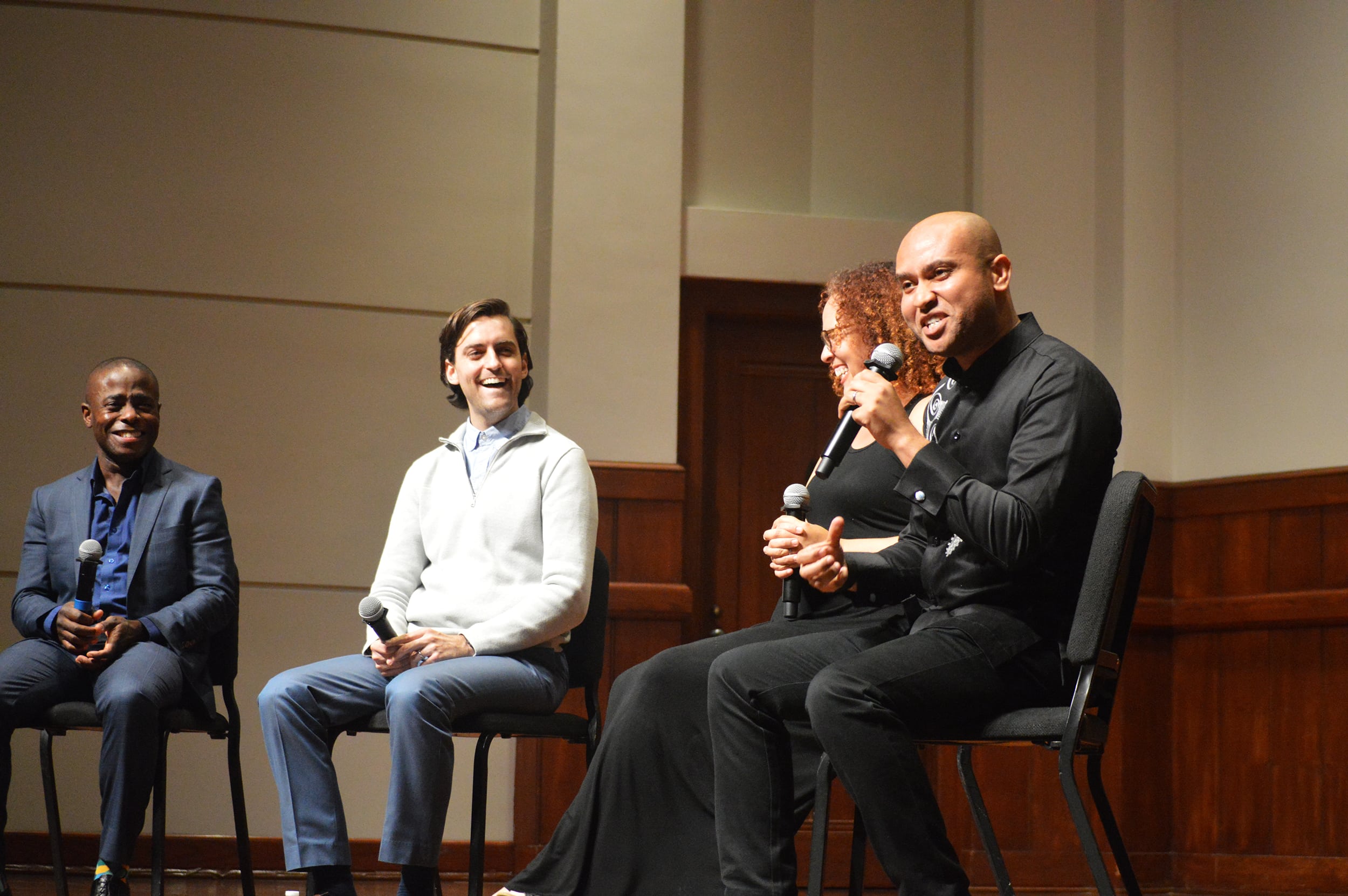 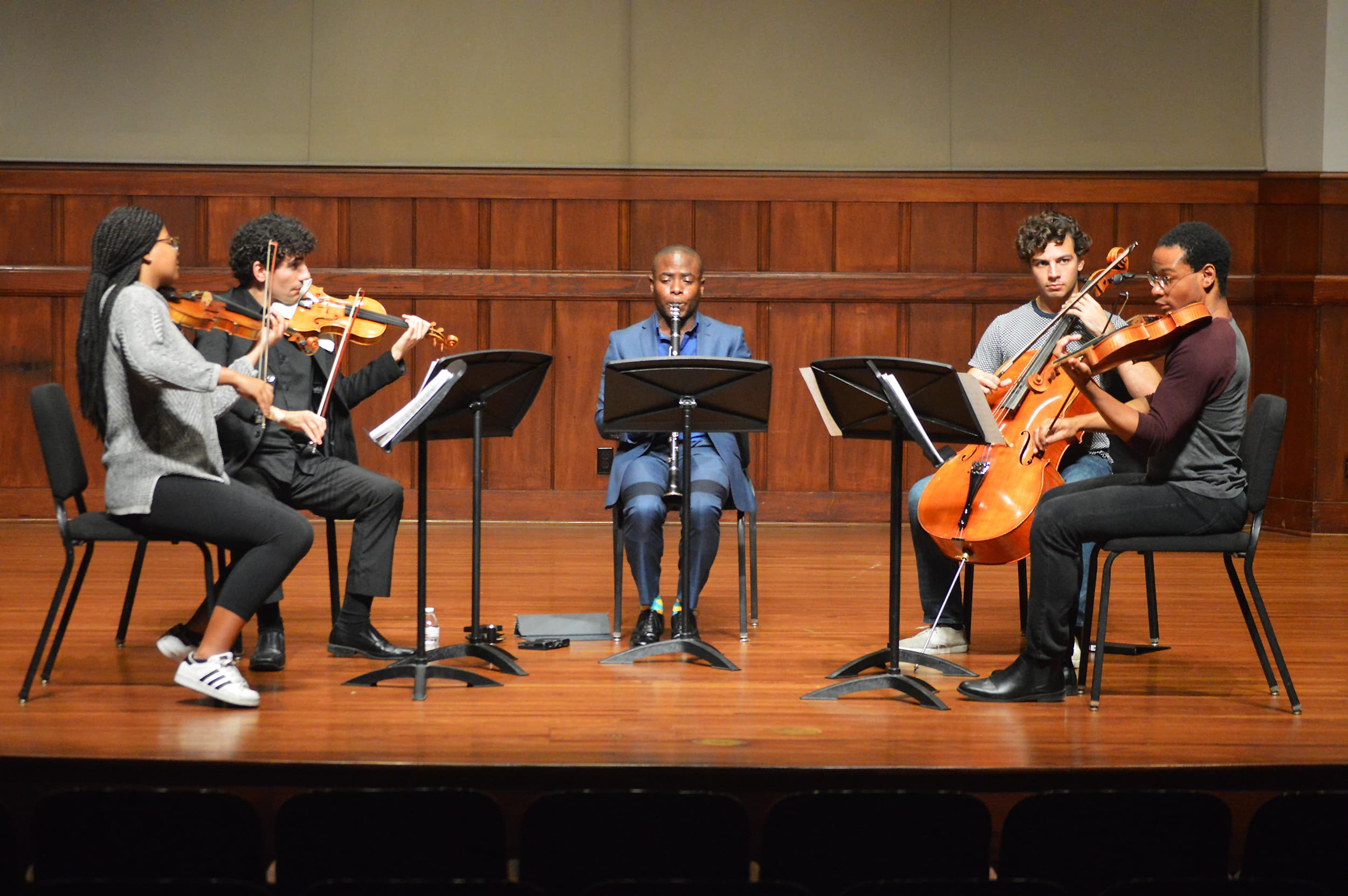 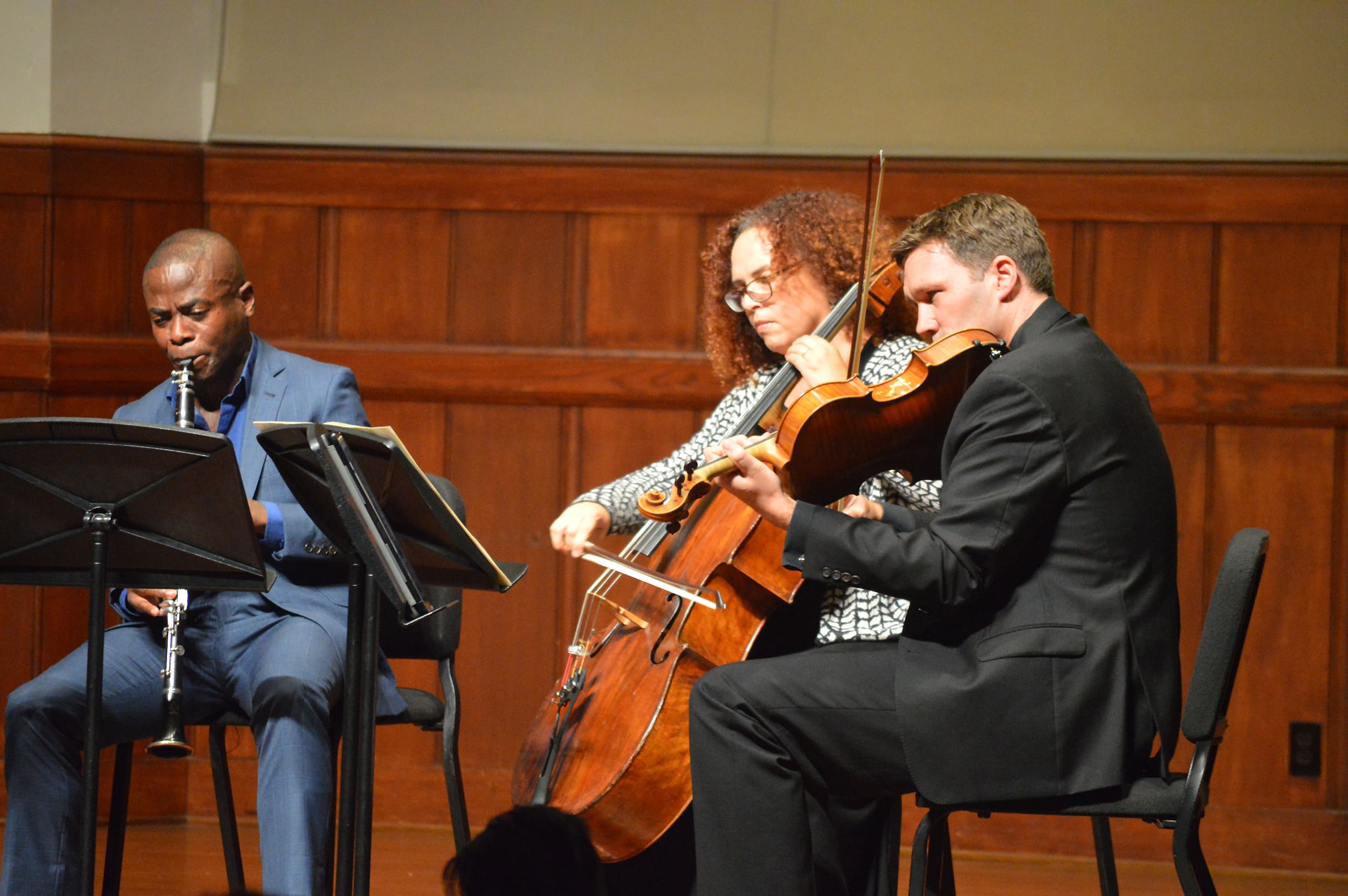 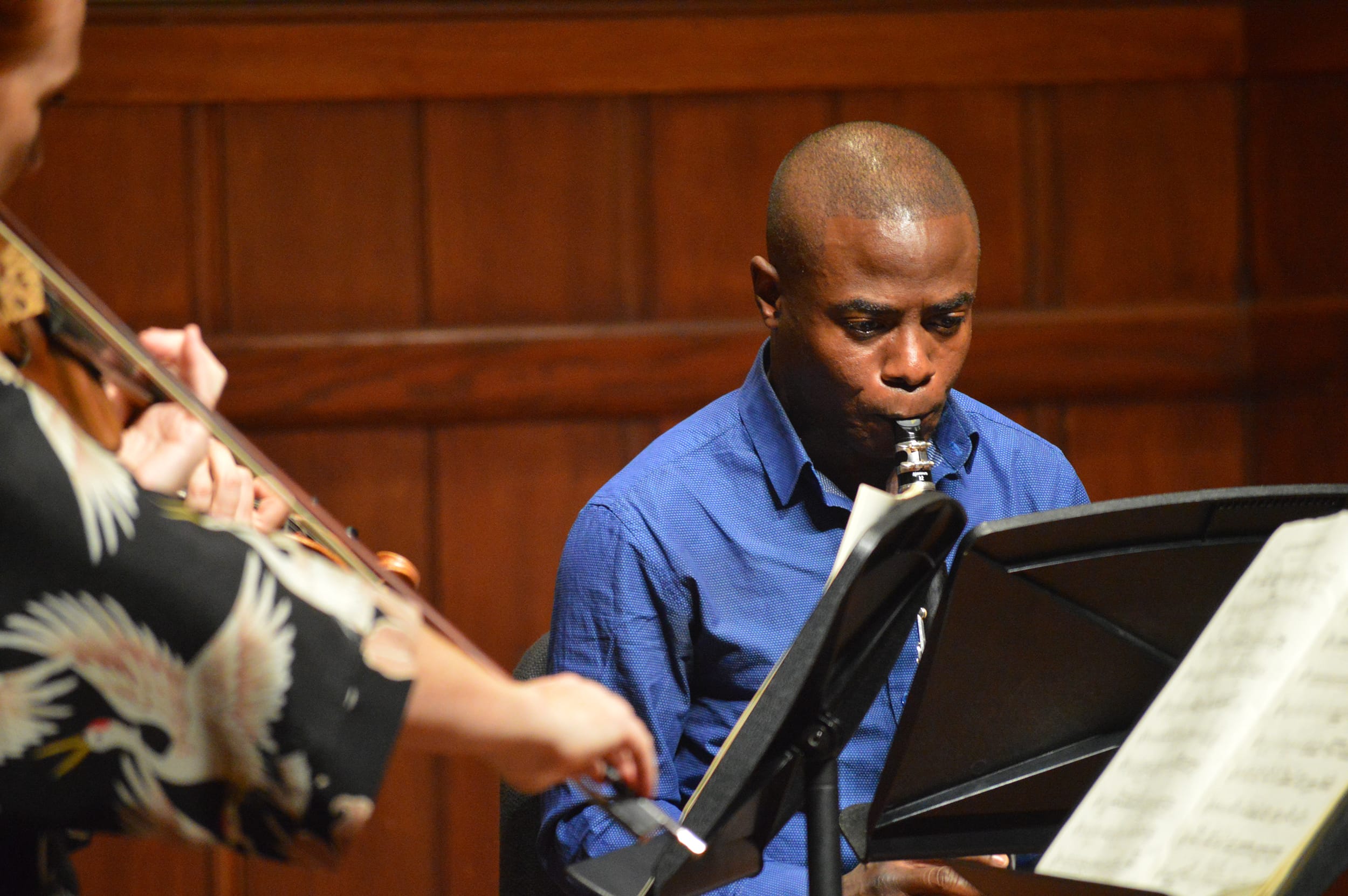 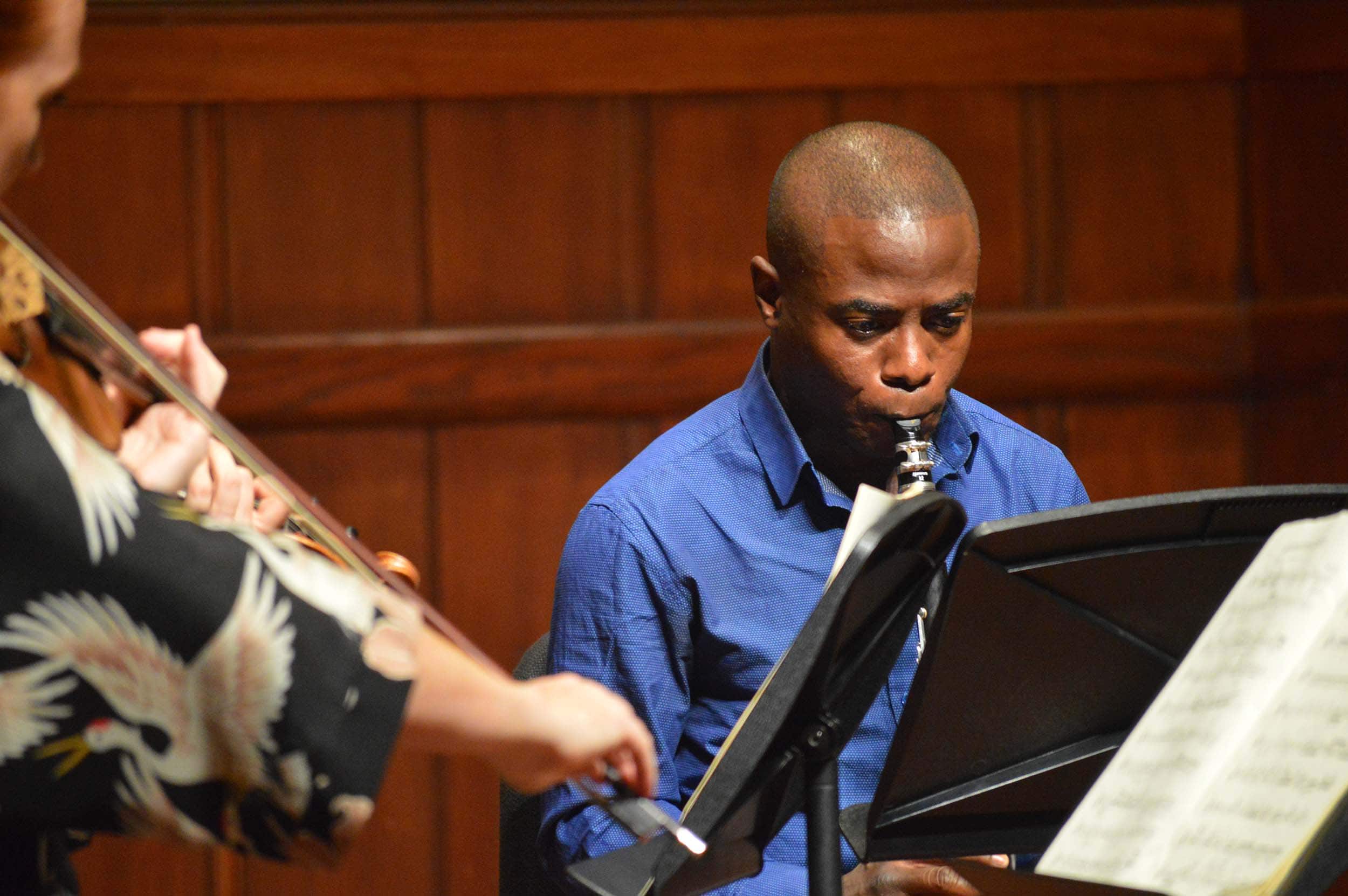 Anthony is one of classical music’s most recognizable and brilliantly multifaceted figures. He serves as the principal clarinet of the New York Philharmonic and maintains a dynamic international solo and chamber music career. — with Anthony McGill at Alfred Newman Recital Hall. 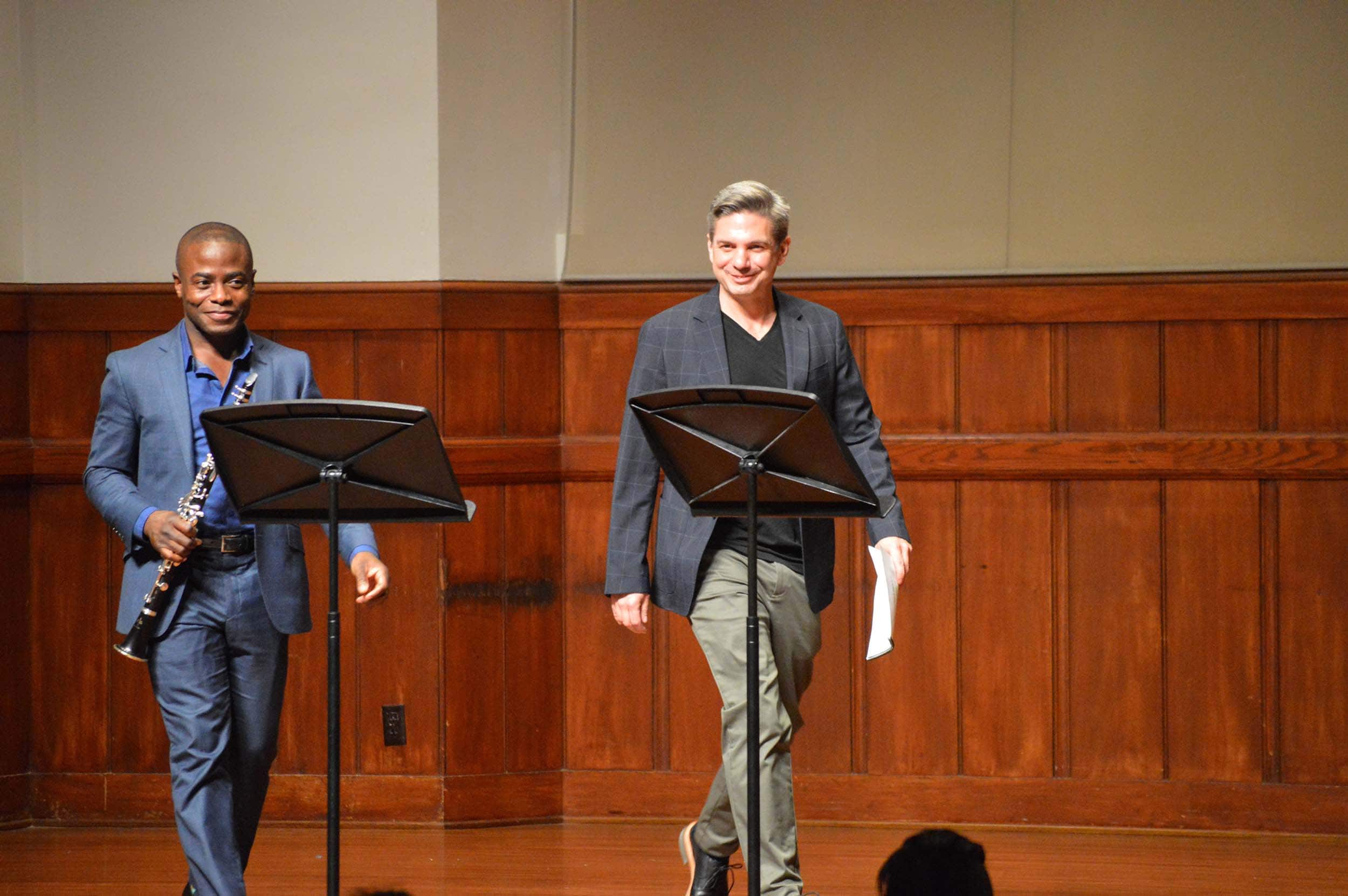 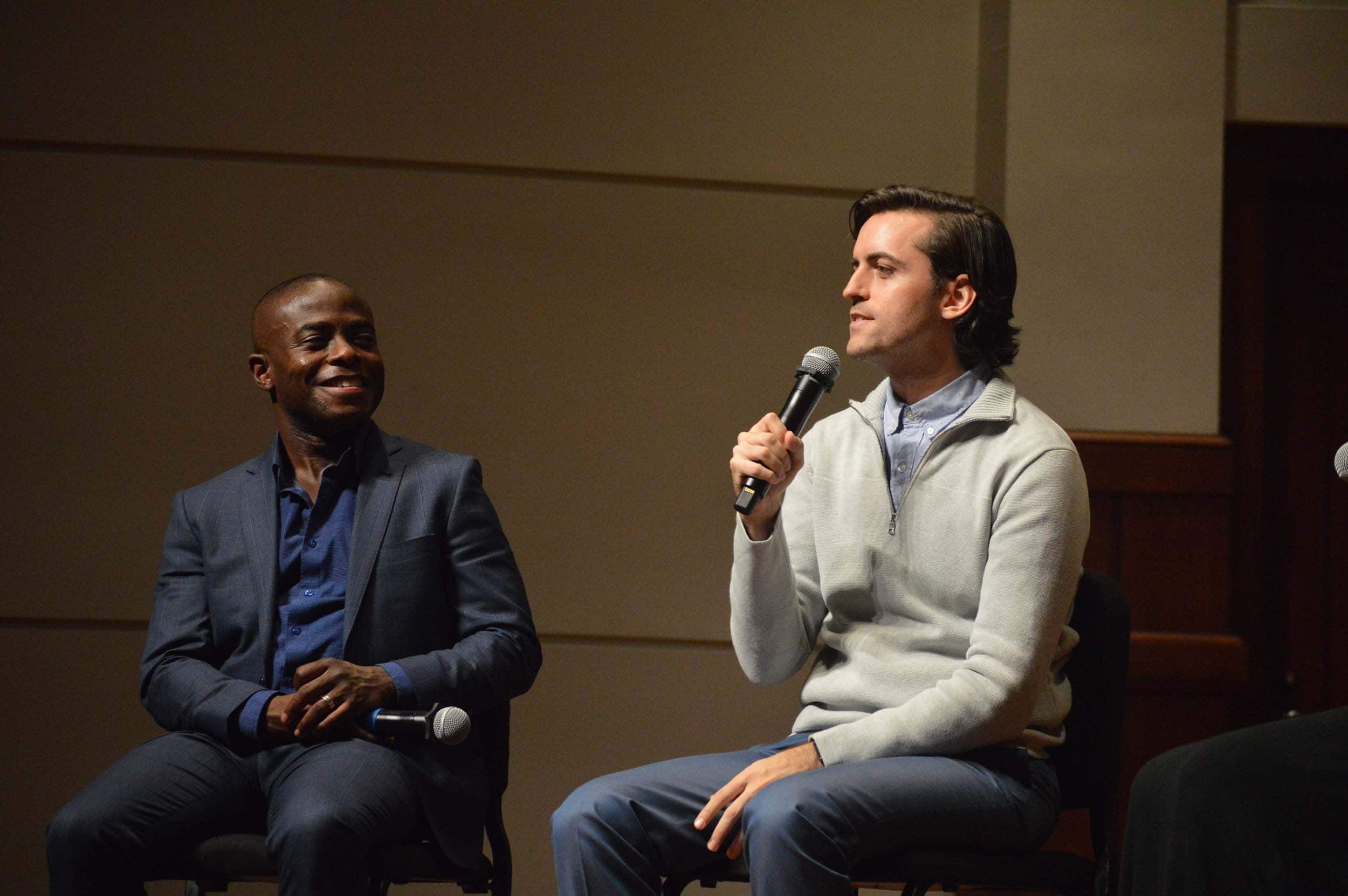 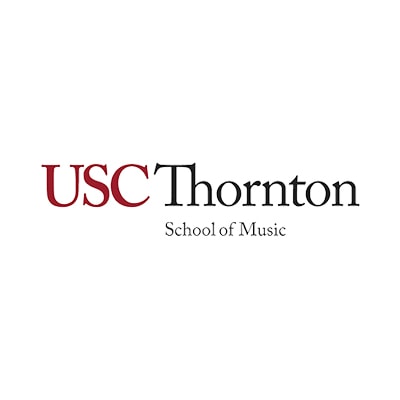