This program features The Flower by 2019/20 Luna Composition Lab Fellow, KiMani Bridges, and Claude Debussy‘s ethereal Prelude to the Afternoon of a Faun from a performance at The Huntington on July 1, 2021. 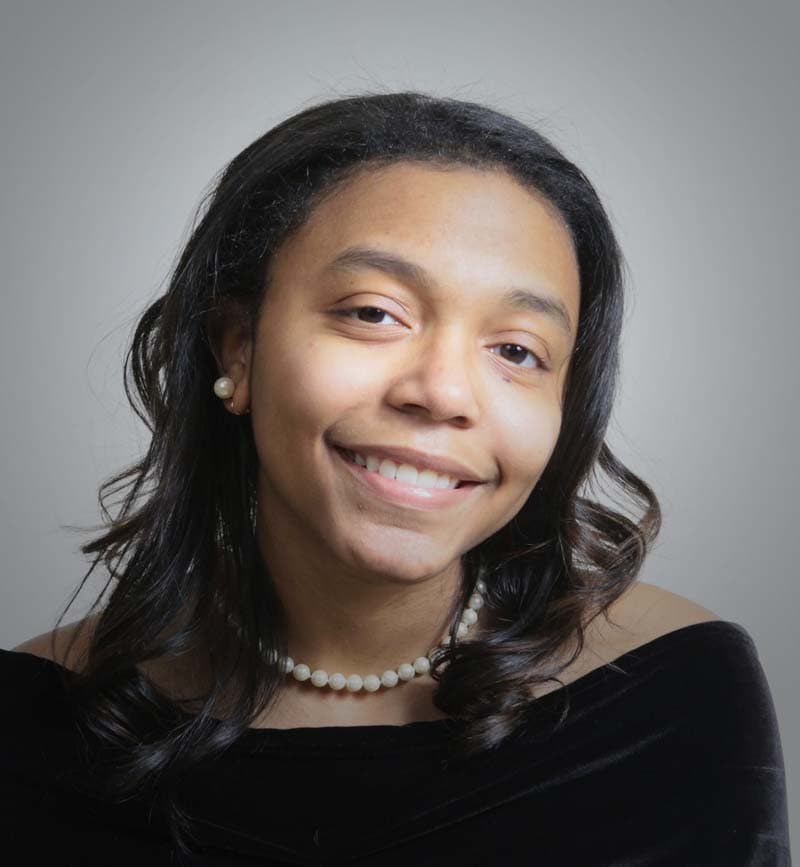 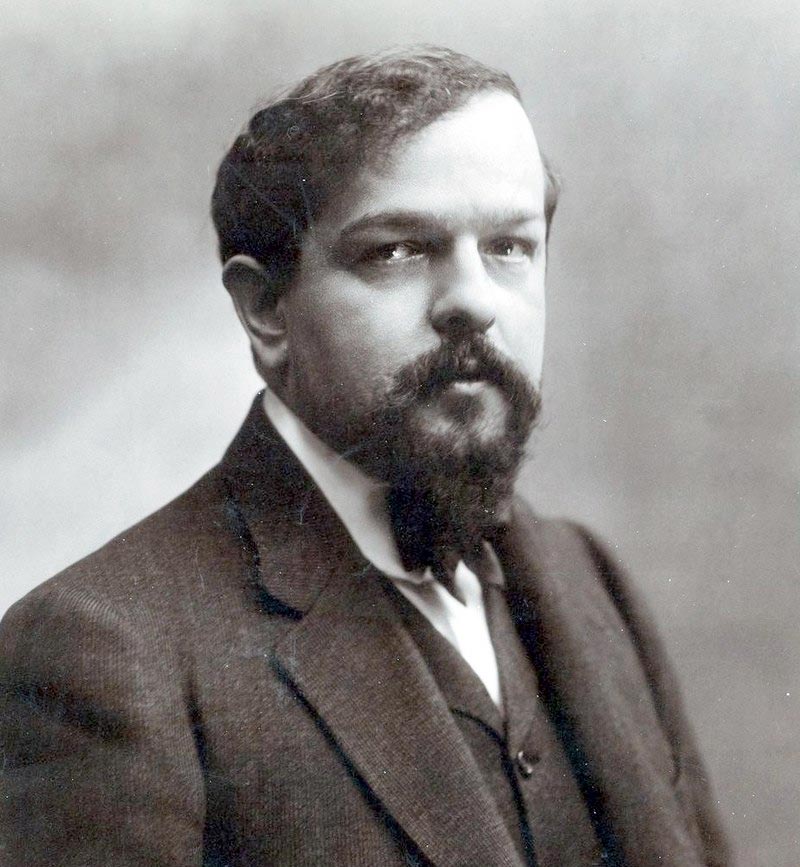 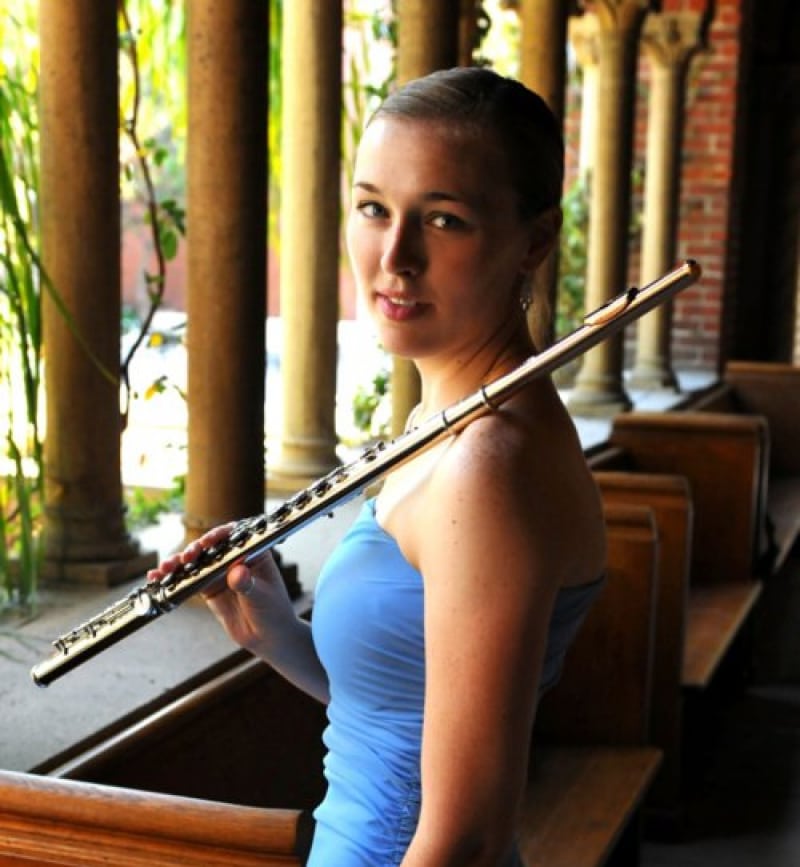 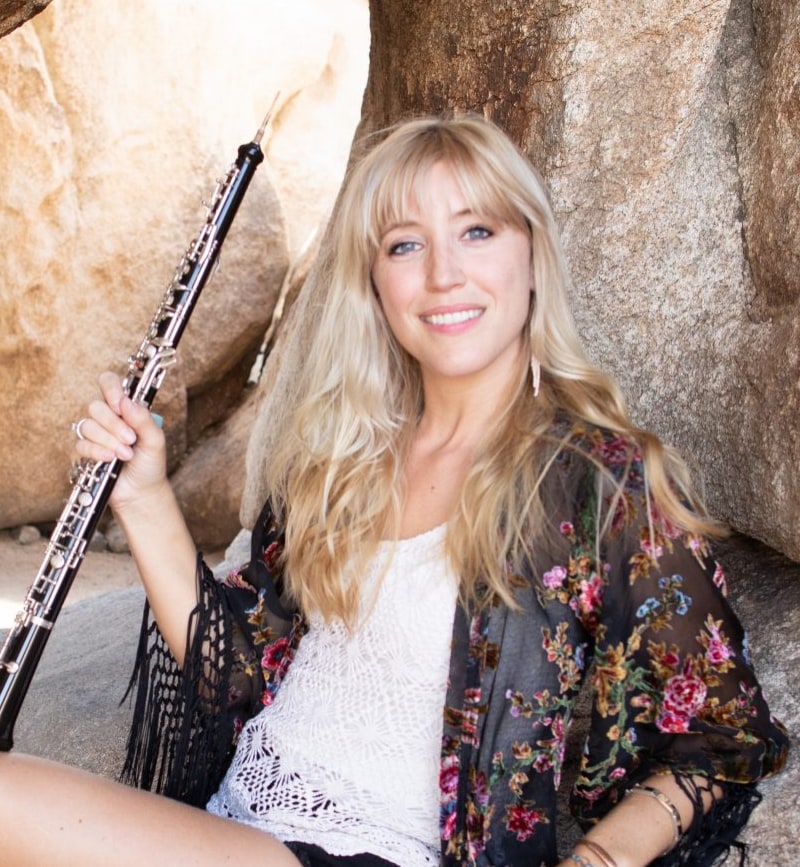 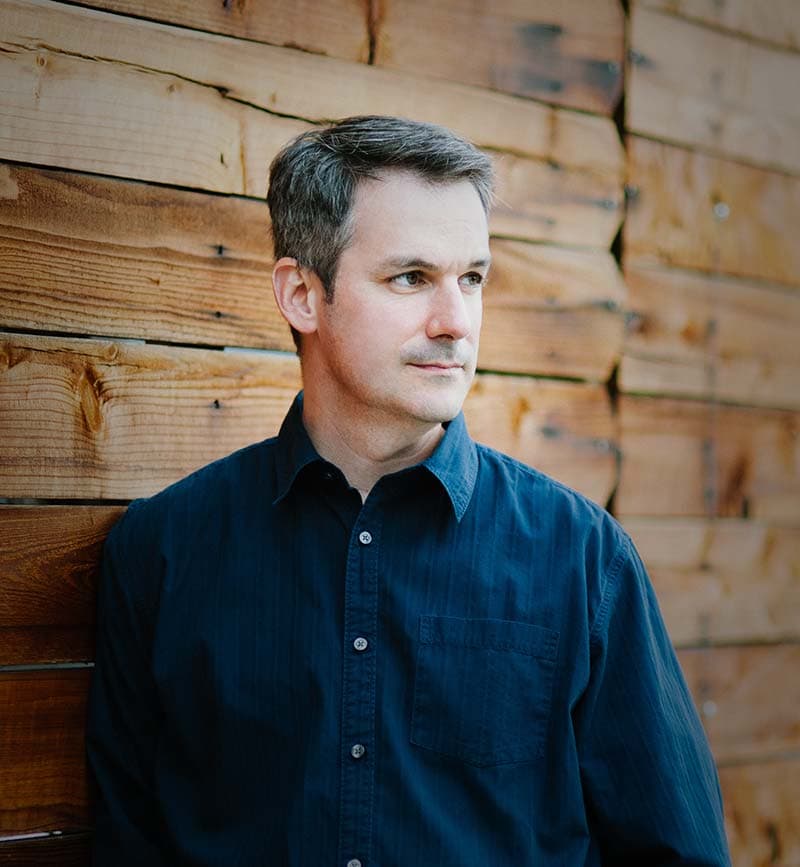 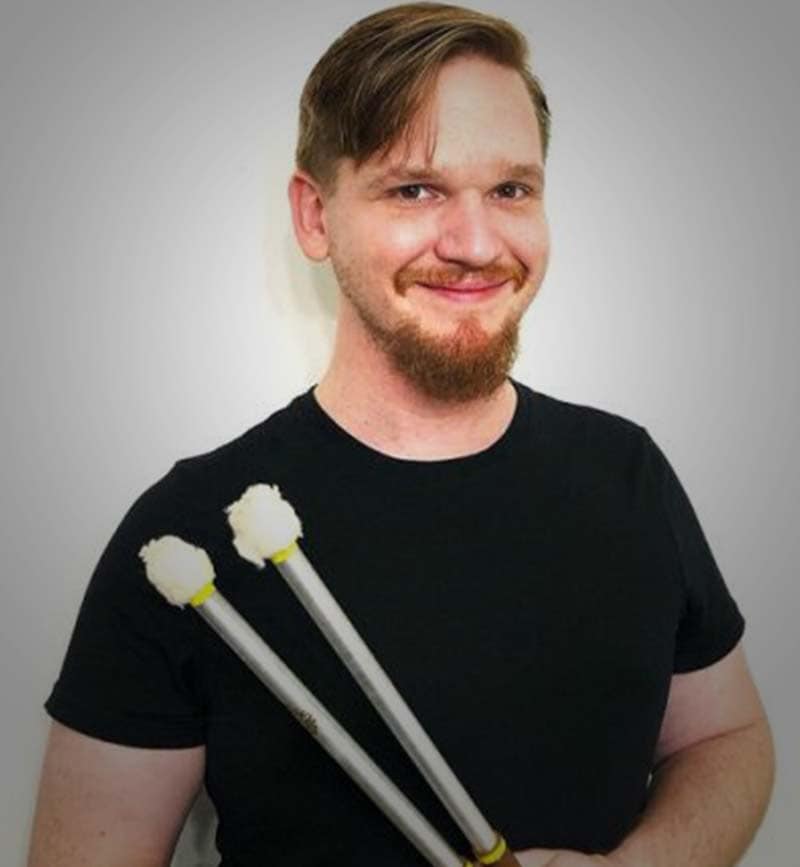 READ ABOUT THE PROGRAM

KiMani Bridges is a promising young composer who has already won awards with her music. Bridges was a member of the 2019-2020 class of the Luna Composition Lab, a program founded in 2016 by 2018 GRAMMY Award-nominee Missy Mazzoli and 2019 Pulitzer Prize-winning composer Ellen Reid along with Kaufman Music Center. Reid is also a member of the LACO family as Creative Advisor and Composer in Residence. The purpose of Luna Lab is to address “the gender imbalance in the field of classical music by providing [mentorship to] aspiring female-identifying, non-binary and gender non-conforming composers.” LACO is committed to positive change and inclusivity at all levels, allowing us to appreciate the music we already love and mentor exciting new voices. Bridges received the 2020 Schirmer Prize for Luna Composition Lab while she was a senior at duPont Manual Magnet High School/Youth Performing Arts School in Louisville, Kentucky. She Is now attending the Jacobs School of Music at Indiana University, Bloomington. Bridges, who is also a flautist, composed the work featured this evening, The Flower, for flute, violin, viola, and percussion, including timpani, marimba, bass drum, and cymbals. The concept of the piece, according to Bridges, is “the life of a flower starting with the seed being carried and planted into the ground, to the growth and eventual storm, and finally concluding with the bloom and the death of the flower.” To achieve these events in the flower’s life cycle, Bridges created contrasting colors for the different movements. The piece uses a few extended techniques such as clapping, foot stomping, and snapping, which add interest and energy to the movements. It is an impressive work that shows a sensitivity to both instrumental tone color and the organic exploration of musical ideas—quite fitting for a work inspired by the life of a flower.

French composer Claude Debussy had experienced the music of Wagner at the end of the 1880s, and was deeply impressed by what he heard, although other influences would steer his style to a somewhat different path. The Paris Exposition of 1889 was particularly important as it brought the Javanese gamelan and other new sounds into Debussy’s consciousness. He would move forward exploring orchestral colors and unique sound materials like different scales and chords that lived outside of the traditional harmonies taught in schools.

It often holds that Debussy and “Impressionism” are mentioned in the same breath, although 1894’s Prélude à L’Après-midi d’un faune (Prelude to The Afternoon of a Faun) owes more to Symbolism than Impressionism. He began working on it at the tail end of 1894, having spent most of the year composing parts of the opera, Pelléas et Méllisande. Debussy was inspired to interrupt work on the opera by Stéphane Mallarmé’s symbolist poem, L’Après-midi d’un faune. The poem dreamily speaks from the point of view of an amorous Faun about his desires and experiences. In the single movement of this symphonic poem, Debussy did not attempt to depict a specific narrative, striving instead to create a colorful illustration of the Faun and his milieu. Fellow composer Paul Dukas described Debussy’s evocative translation of Mallarmé’s work as “symbols of symbols.” Mallarmé was initially concerned that Debussy was attempting to recreate his poem with instrumental music, though he was reportedly thoroughly charmed and moved once he heard the work.

Like the Faun, Debussy’s chief concern in this work seems to be the ephemeral pleasure of the present moment, with all of its attendant beauties. Debussy does not impose formal constraints on the piece, although there is an internal logic to the presentation. Such planning and organization are not apprehended by the listener, however. We are simply invited to enter this sound world and enjoy it. Although the colors of the orchestra are stunningly rendered, certain voices rise up to present sinuous soloistic lines, among them scintillant harp and oboe. But it is the flute that is most associated with this work, as it is the first instrument we hear, presenting the main theme. Other themes exist as well, teasing new sonorities, combining for interesting tone colors, appearing in different time signatures—providing a perceived temporal fluidity—and changing moods quickly and playfully. Like El amor brujo, Debussy’s music for L’Après-midi d’un faune would become the basis of a ballet, in this case, most famously, a scandalous 1912 modern dance piece choreographed by Vaslav Nijinsky. In it, the situations described in Mallarmé’s poem take on a more definite shape than in Debussy’s music, which leaves things vague and dreamy, barely discernible in the glittering landscape.

LACO SummerFest began as a response to the lack of in-person concerts due to the COVID-19 pandemic. Starting July 2020, LACO released five special musician-curated programs bi-weekly, utilizing COVID-19 safety guidelines for film and television production in Los Angeles County. These 30-minute broadcasts allowed LACO to connect and engage with supporters while also building an online audience.

We are continuing SummerFest in 2021, featuring performances from our first in-person concerts in 15 months since the pandemic at The Music Center’s Walt Disney Concert Hall and The Huntington Library. 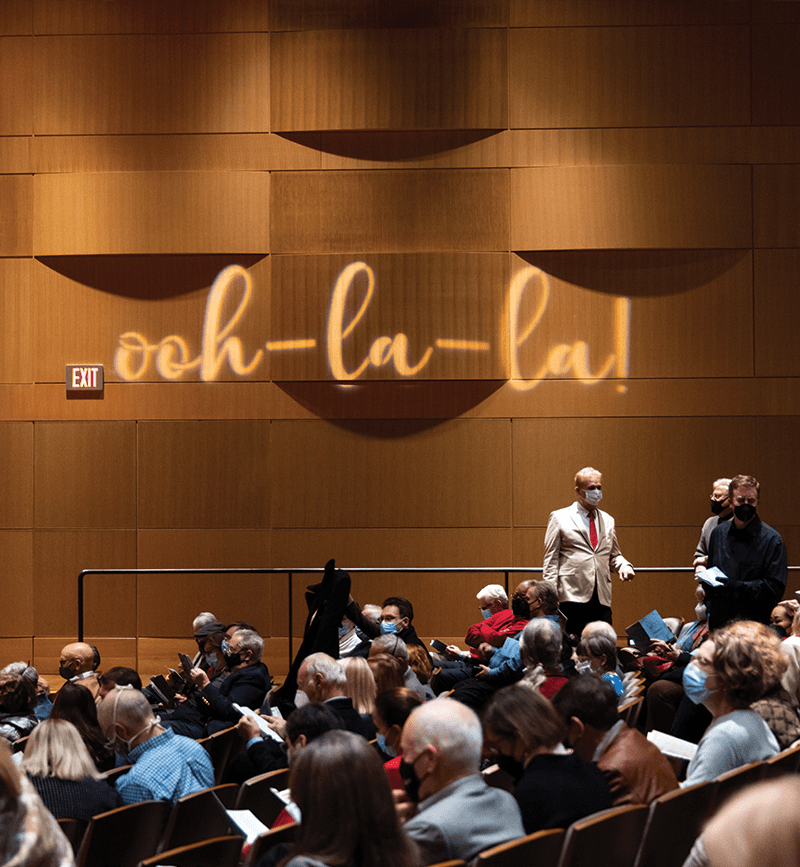